Only 7.2 percent of Bangladesh businesses are women-owned. More women in business would benefit families and boost the economy. But barriers in society and finance stop too many women from becoming entrepreneurs. Digital financial services can help.

One way to involve women in economic activity is through entrepreneurship. Women-owned businesses can make a key contribution to household incomes and economic growth, as women generally invest a higher proportion of their earnings in their families and communities than men. The social benefits of women’s involvement in economic activity are also immense: women who become entrepreneurs in Bangladesh were found likely to have fewer children than the national average, indicating they are more aware and open to family planning. Despite transformational benefits, women’s presence in the entrepreneurship space remains low:

The UNDCF review created a profile of a typical women micro-merchant in Bangladesh: She is typically running an informal business without a trade license. She has little or no formal education. Loans from microfinance institutions that traditionally focus on serving female clients are her main source of finance, and she does not have a bank account. Although she has a mobile phone, she is not likely to be accessing mobile financial services on it. She has become a micro-merchant because she needs the income, but she lacks the resources to develop her business. 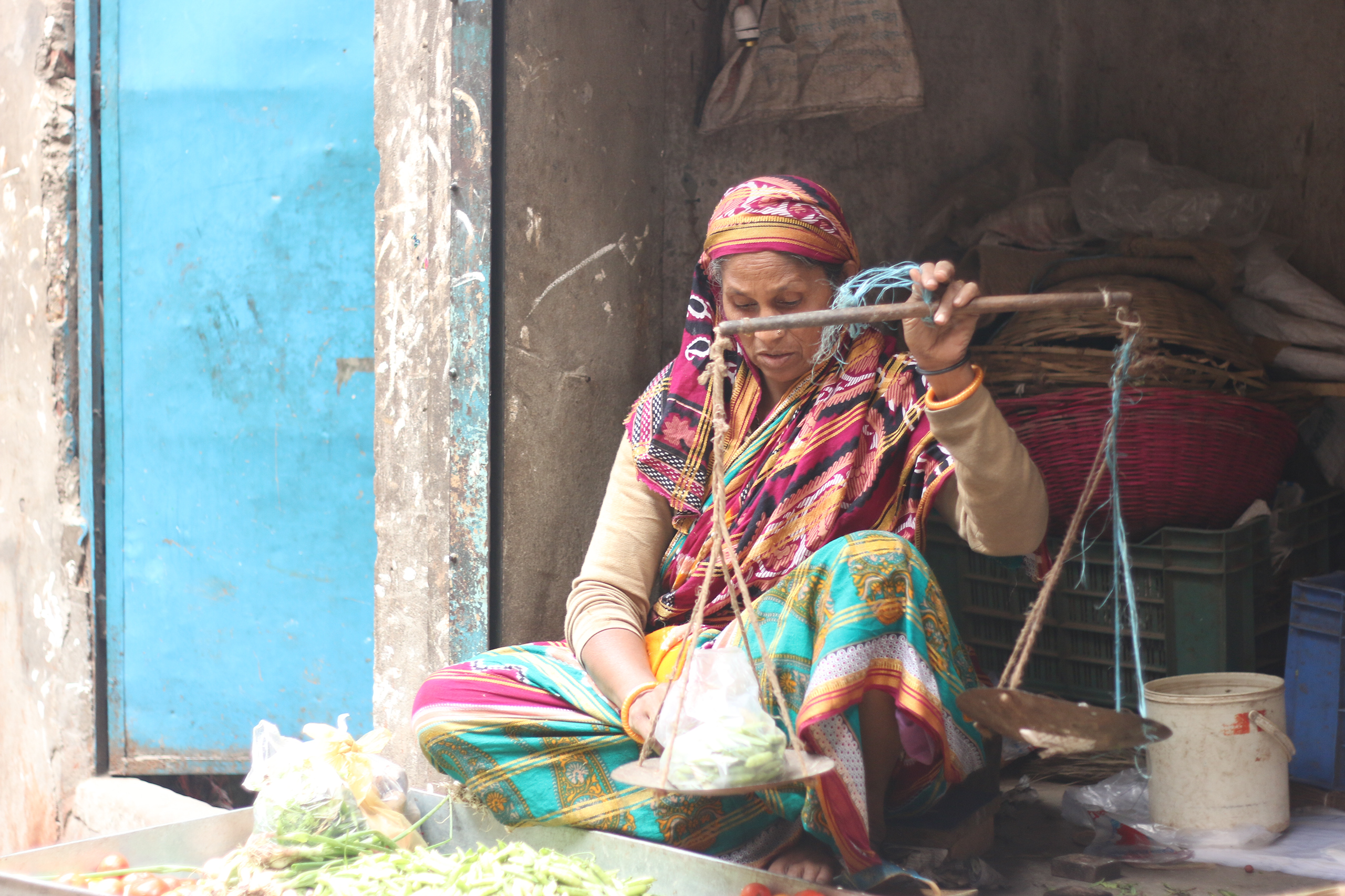 Too few women are becoming merchants

Unsupportive family and community: Stereotypes of homemakers and caregivers are exceedingly difficult for women to break out of in Bangladesh. Negative social attitudes are a major influence on women’s reluctance to enter the merchant life. Movement and safety are concerns, and women are discouraged within their family and community from participating in a male-dominated activity outside the home. These factors make it impossible for many women to even explore starting a business of their own.

“A married woman should not be going to the local bazaar for business,” is a comment typically heard, reported a woman in a study by Dnet. But she refused to be discouraged and is now running a flourishing business.

Lack of finance: Access to credit is a problem for all micro-merchants; for women, it is even more difficult:

The loan acquirement process is not built to facilitate women, who often are not even aware of the financial products available. Single women find it even more difficult to obtain a loan, as banks perceive married women to be more creditworthy, assuming they could rely on their husbands for repayment.

Fear of harassment: Women entrepreneurs in every sector in Bangladesh face harassment at the workplace and in transit.

Many women entrepreneurs cannot move freely in society, do not feel safe travelling alone at night, and feel insecure in their place of business, the IFC study found. Such fears keep a lot of women from considering entrepreneurship as a viable income source for themselves.

Too much red tape: Most budding entrepreneurs face far too many procedural and administrative barriers in starting a business – but for low-income women with limited resources and education, this problem is magnified:

Preconceived notions of women’s capabilities: Entrepreneurship or any economic activity undertaken by women is often considered by society as “secondary” to other roles of women in the family and household. A woman’s success as a merchant is impacted by the biases of society against women’s capabilities and aspirations.

“Women’s reputation is assessed as one of the first criteria in giving a loan – her neighbors are questioned on her ability to do business particularly if it is a non-traditional sector,” said a banker interviewed in the IFC study. Another banker said that certain businesses do not seem appropriate for women. Such assumptions affect the bank’s decisions. Whether or not to become a merchant in a certain sector is not only a matter of a woman’s choice; it often depends on whether society (or her banker) deems a woman capable of it.

The government and NGOs support women in business

Regulatory bodies and non-governmental organizations (NGOs) have enacted strategies to enable more women to enter into the marketplace. The Government of Bangladesh has undertaken several initiatives targeted at women entrepreneurs, including the “Gender Action Plan (GAP)” by the Small & Medium Enterprise (SME) Foundation, which seeks to advance the economic empowerment of women in SMEs by strengthening their managerial and technical capacity and ability to access credit. Bangladesh Bank introduced “Small and Medium Enterprise (SME) Credit Policies and Programmes” in March 2010, which incorporates special arrangements for women entrepreneurs to ensure a significant portion of credit funding goes to them. There are numerous other programmes also working to achieve similar goals.

Technology is providing tools to tackle gender inequality and empower women. Bangladesh, as it embraces digitization, can use digital technology as a pathway to promote women entrepreneurs. At the same time, long-term efforts are required to bring about changes in mindsets and culture.

Loans through mobile apps: Offering loans by using mobile phones is an intervention that can reduce excessive bureaucracy in accessing loans and increase access to finance. A woman can apply for a business loan by providing information on her mobile phone. The loan application can then be assessed by an algorithm built for the purpose. New credit-risk models for the unbanked, often based on data on mobile phone usage, are being developed. Approved loan amounts can be transferred directly to the business owner’s mobile wallet or mobile financial services account. This product eliminates frustration and fear associated with having to deal with uncooperative bank officials and a gender-biased system.

Digitized product ordering service: Movement and safety are among the biggest challenges for a woman entrepreneur. A digital ordering service can reduce travel time for women to pick up goods for their business. While it may seem like a distant dream in Bangladesh, the benefits of this product being developed and utilized could be immense; it could be piloted first in urban areas to test feasibility and profitability.

With digital ordering, women can avoid travelling in unsafe circumstances or for long distances. They can spend more time with their families, have their products delivered to their place of business and make payments through mobile financial services on the ordering platform. This could reduce the backlash from communities and encourage more women to become merchants.

Capacity building in digital technology: Technical training empowers women to use digital services targeted to their needs, including digital financial services. The UNCDF review found woman micro-merchants have low levels of education, financial literacy, and digital literacy. Training in these areas can have a major impact in women’s success as merchants and encourage more women to view this as a feasible livelihood opportunity. Training will also counter negative assumptions that women are not suited for work requiring some technical proficiency, and give them more confidence in convincing their families and communities that they can become successful entrepreneurs. 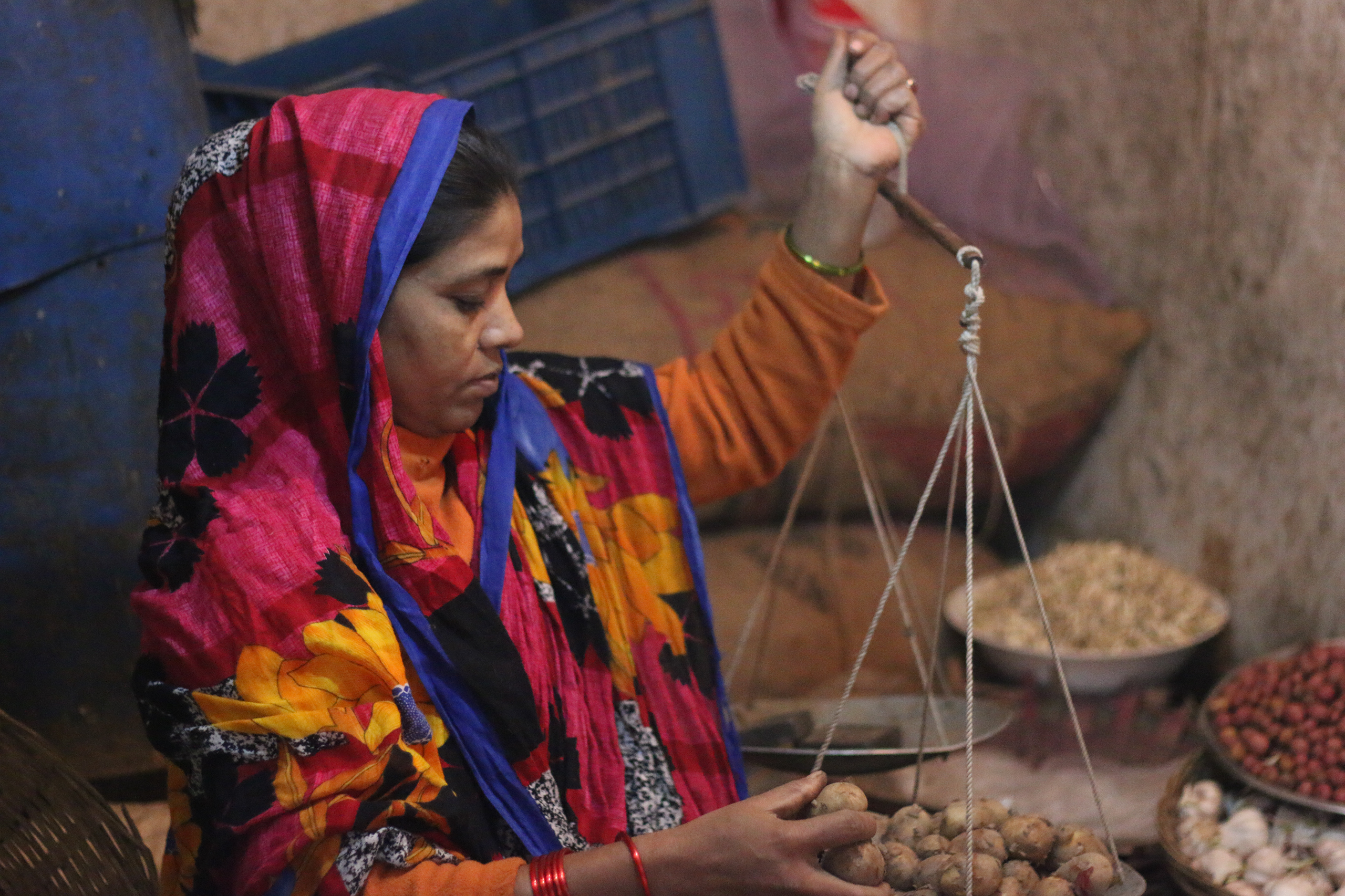 These interventions are a fraction of what can be done to bring more women into the merchant space. This blog focused on interventions that are digital in nature due to SHIFT SAARC’s particular interest in the digital financial services sector. More research is necessary to draw concrete conclusions on women micro-merchants and their needs.

More efforts are needed to empower women to enter the male-dominated area of micro, small and medium enterprises as merchants with thriving businesses. Changing the mindset of communities that discourage women from becoming entrepreneurs and the bankers that issue loans disproportionately to men are but two important steps. Technology offers new ways to leap forward, with digital ordering and other mobile and digitized financial services that promise to reduce gender bias and increase financial inclusion for poor women. Such measures ultimately can help women entrepreneurs earn income and contribute to the economic growth of Bangladesh.